I love touring around NEw Zealand, but I’m also going to be real with you and speak my mind on the difference of a paid adventure tour and a real adventure.  New Zealand has such awesome beauty and so many adventure tours available to see it’s natural treasures.  I find most of them to be overpriced though.  Maybe that’s why I’ve done very few tours here.  The tours aren’t as bad as the tours provided by Norwegian Cruise lines in Hawaii, but they are not too far behind.  Yesterday I stopped driving North in a small town called Waitomo.  Waitomo is home to about 300 caves that have rivers and a worm that glows a flourescent blue on the top of the cave.  These glowworms can only be seen in New Zealand.  The word Waitomo comes from the Maori language; wai meaning water and tomo meaning sinkhole.  The caves are over two million years old, but the limestone in the caves was once on the bottom of the ocean at around 13 million year ago.  Thats why some sea shells can be found in them even though these caves are high up in the mountains.

I payed about 48 dollars for a tour of the Waitomo Cave.  It is very organized and I feel it is a contrived business experience to see something that is natural.  Although the Glowworms that exist in the caves are fascinating, the tour was completely lame as it was short.  When I go on an adventure, i want a real adventure.  Maybe that’s what I get for paying to walk with a herd of tourists.  This tour gave me a tour guide that had a couple good jokes and some quick facts about the caves.  He walked us through about 200 meters and explained the lifespan of the glowworms.  He then took us on a boat ride in the cave where he pulled us along a rope.  It was cool staring up at the glowworms and it reminded me of being in the middle of the ocean and staring at the stars.  But it lasted a few minutes and then they pulled us out an opening of the cave and said goodbye.  There are other tours where you can actually go in the water, but I chose not to because the water is so cold and I find the tours to be unreliable in becoming worth the cost.  There are 200 kilometers of caves and this tour brings me through about a few meters.  I want to really explore these amazing caves! Give me more bang for my buck, or else I will have to break the law and make my own adventure through your damn caves. 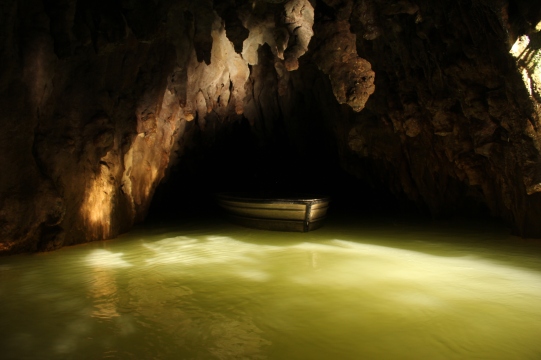 I met a smart Swiss traveler in my hostal that walks around paid entries to get into national parks.  He doesn’t believe that he should pay to see something that is natural.  He says he pays enough taxes when he buys a soft drink and whatever else these governments have there hands in.  I can’t help to agree. That doesn’t mean I don’t love New Zealand and it’s natural beauty.  I just don’t like the overpriced tours.  I guess I should just shut up, grab a kayak, and do it myself. 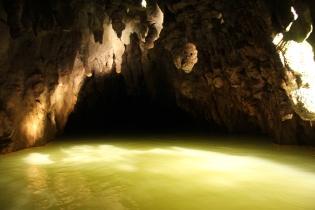 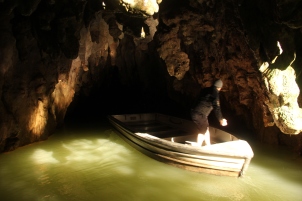