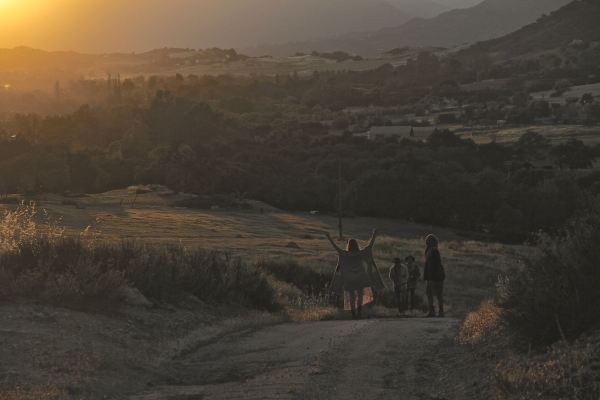 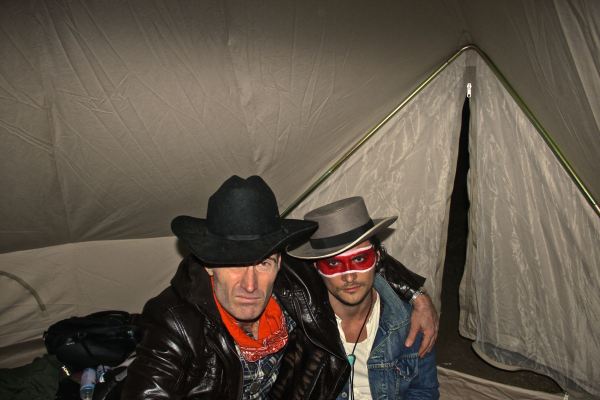 Arms are raised in the air to welcome and give thanks to the sky that pours sunlight into the depths of our imaginations.  We come here to rouse our spirits in the dirt and get rowdy in the rodeo. 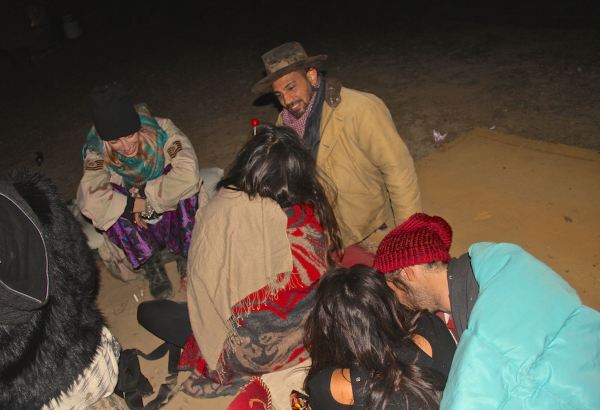 Guests arriving at the ranch never really know what to expect when they follow along the windy road towards Ojai. Those timeless imaginations of rustic wagons and delightful pot luck offerings become a reality when they encounter the energy of the Festival Queen and the Vibe Technician.  We laughed around the fire, danced under the moonlight, hung under the trees, and hiked to higher ground for our second sun setting this Easter weekend in Ojai.

Vibration Technician was on duty and so was her guard dog, Mimi. 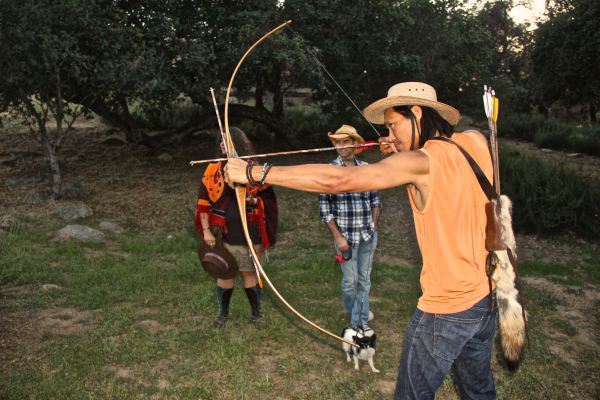 I know the secret of the essence of Ojai remains sacred to your fresh cowboy souls now. Fresh connections were made through living in a communal tent and vibing with campground neighbors. 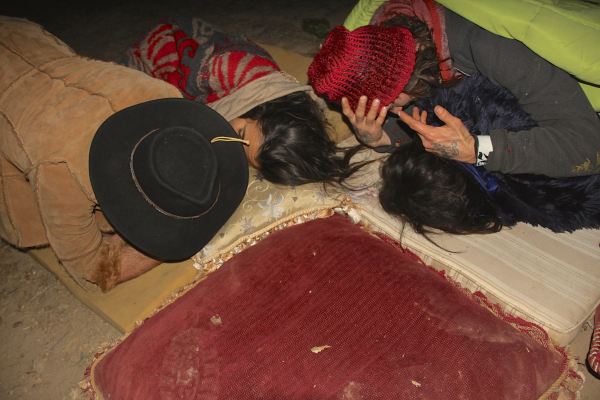 The vibe tech brought out her tools and worked on seeing how much movement she could create by stirring her dreams of art cars made from vintage trucks left on the property.  I think that old truck is going to haul some very good vibrations, and that food truck is going to be epic! 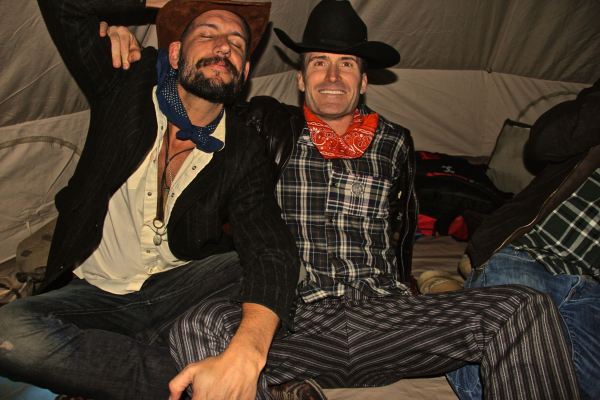 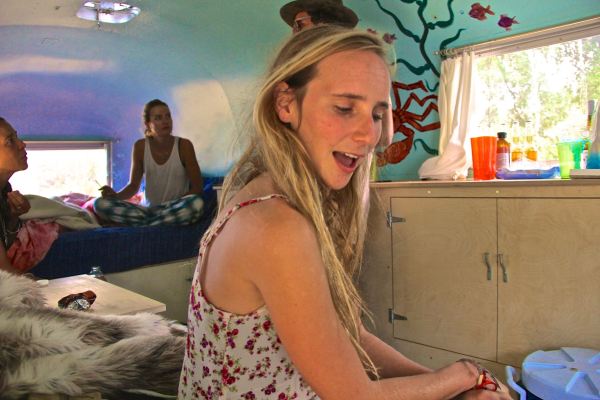 Remember when we said that wine was water because the other water wasn’t wine then nobody wanted our wine because they thought it was water.  Life can be so mysterious sometimes. 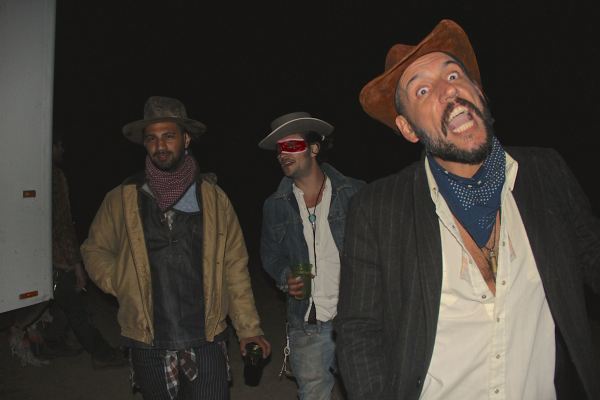 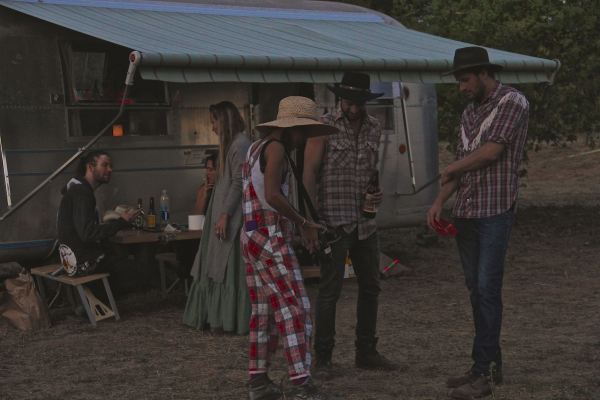 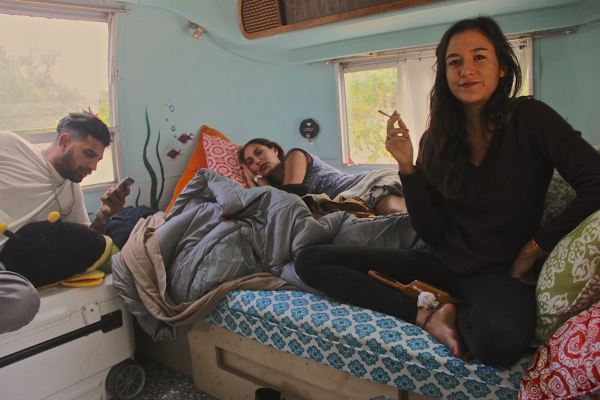 Something natural in the air happened when the moonlight poured itself over the grassy fields that gathered the cowboys and Indians together.  I didn’t hear the coyotes howling in the distance this year, but then I realized I was surrounded by them at peace as the princess coyote guided the path. 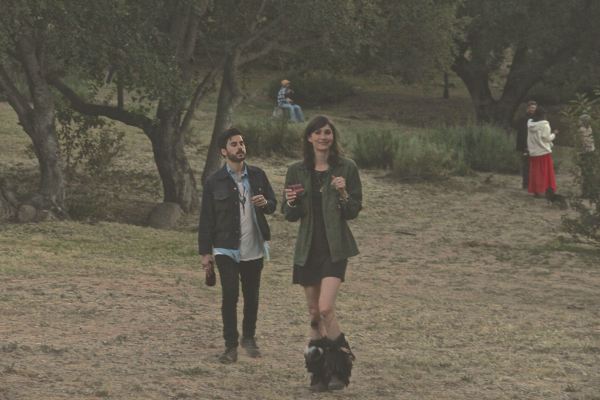 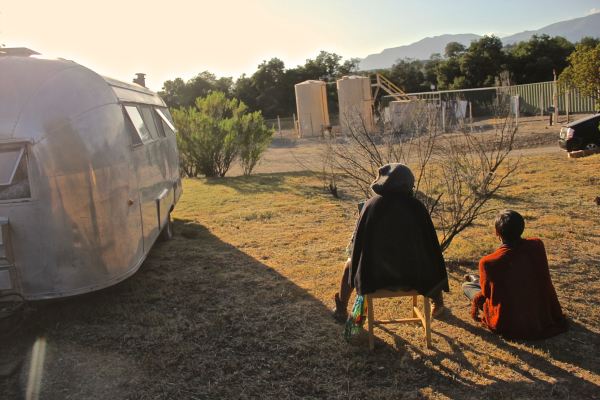 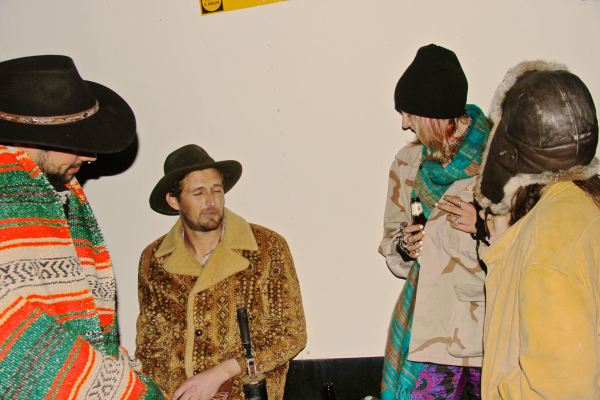 It was a peaceful gathering this year that was one for the books for the moon burned bright, and engaged conversation on the trails to the trailers. Cowboys and Indians comes so fast and leaves so soon, but it still felt like an eternity of laughs and unforgettable memories. 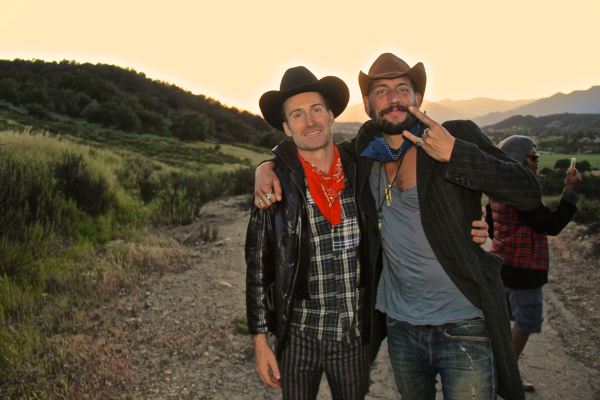 Easter Sunday was so special, but awkward as I woke up outside next to the fire and not anywhere near my tent, but there was no time for rough mornings for this cowboy as Easter Sunday needed the piñata man to work the rope.

The young girls were awake earlier then some, and very ready to beat the living daylights out of the piñata horse filled with lollips… soon enough lollipops were flying out of a beaten off leg. They finally beheaded the poor beast.  RIP little horsey.

Here is some video of the piñata!  Thank you, Thrashbird!!! 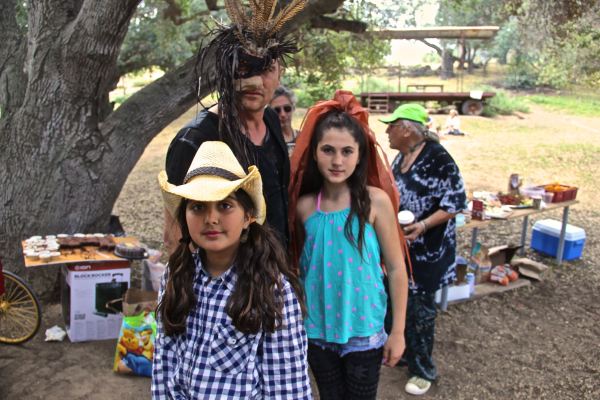 I reveal myself from my cozy blanket that protects me from the world, only to see the sun up in the sky and Emmanuelle hard at work cooking eggs for the early morning cowgirls and cowboys.

Allen brought out his bow and arrow again and he was able to guide me through some shooting skills. I still never hit the orange, but I was close.

Thank you, Sacha!! We missed you this year, Arielle!! Thank you, Emmanuelle!! What magic you have provided, warming so many hearts with just the simple things of life. I’d call that a healing session from the universe.  What an amazing moon this year! 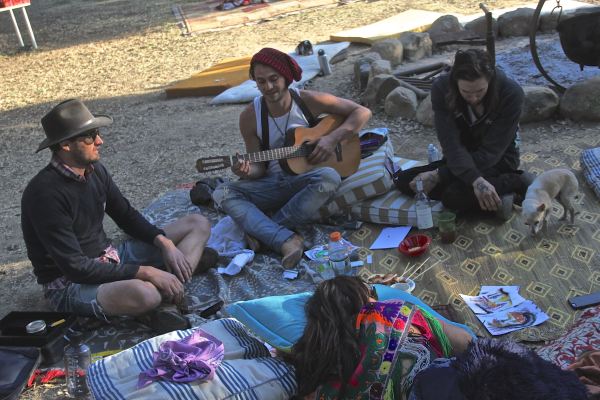 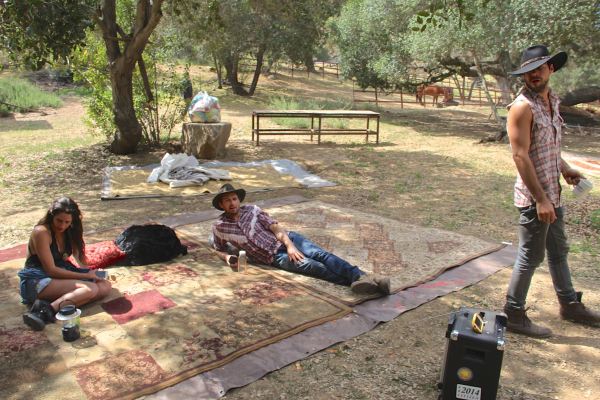 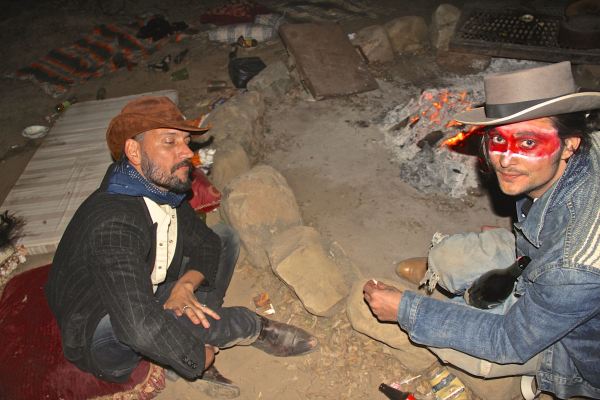 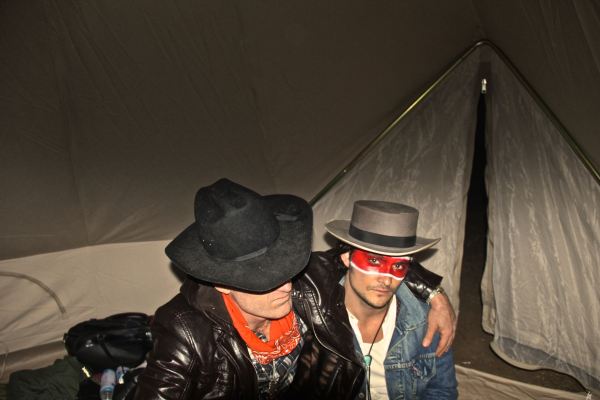